Photographing Puffin in the Westfjords of Iceland

A Landscape Photography Story
from the Travels of Holly Jansen 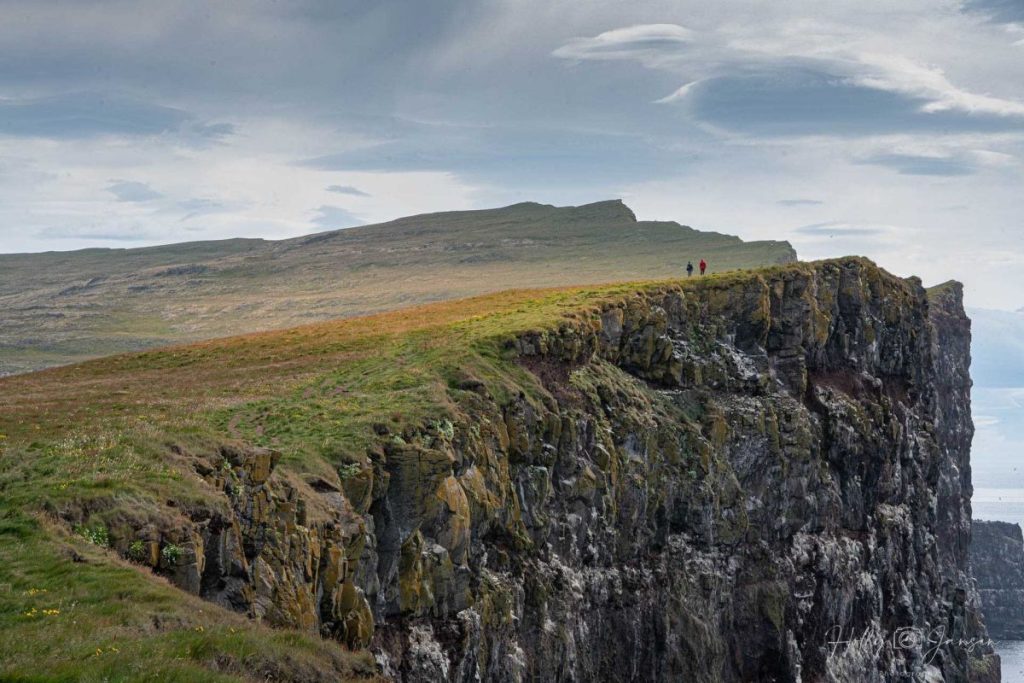 There’s a stiff wind blowing and the green grasses mixed with yellow and red wildflowers are rippling with the gusts. The sky is a turbulent mix of grey and purple clouds. Here I am, lying flat on my stomach at a 40 degree uphill angle trying to peek over the steep cliff trying not to plunge into the North Atlantic 1400 feet below. This is the safest position to be in these conditions. I have my favorite telephoto lens attached to my mirrorless camera, carefully tracking the clowns of the sea, the Atlantic Puffin. 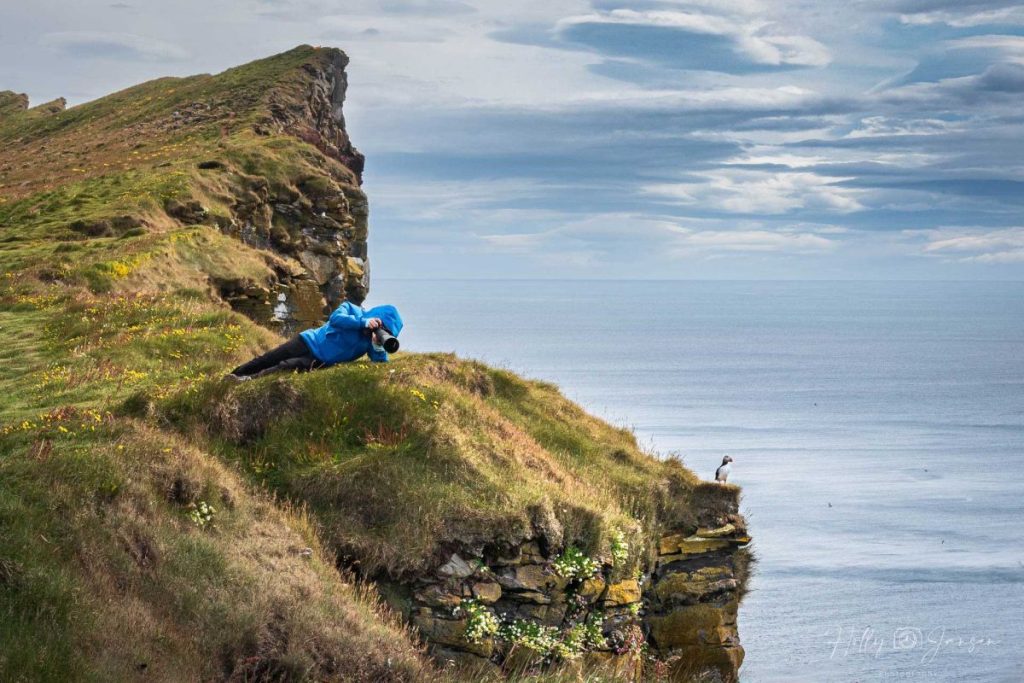 There they are, awkwardly waddling around the grassy cliffs seemingly unbothered by our presence. Squawking and muttering to themselves like old men, they are poking around the jagged rock ledges protecting their nests which are surrounded by white and yellow blooming daisies. They clumsily leap off the cliff to look for food, frantically flapping their wings in the strong wind while screeching at their mates.

These mostly black and white birds are shaped like footballs, with v-shaped orange and black rainbow beaks and floppy webbed feet to match. There’s a soulful expression in their dark orange rimmed eyes. They come and nest in the Latrabjarg cliffs in Iceland, during the summer mating season. They are considered pelagic birds, meaning they spend a considerable amount of their life at sea, at least 8 months out of the year, seldom venturing toward land. These cliffs are known for their bird populations which can number in the millions, the puffins being the most numerous and famous for their appearance and antics. 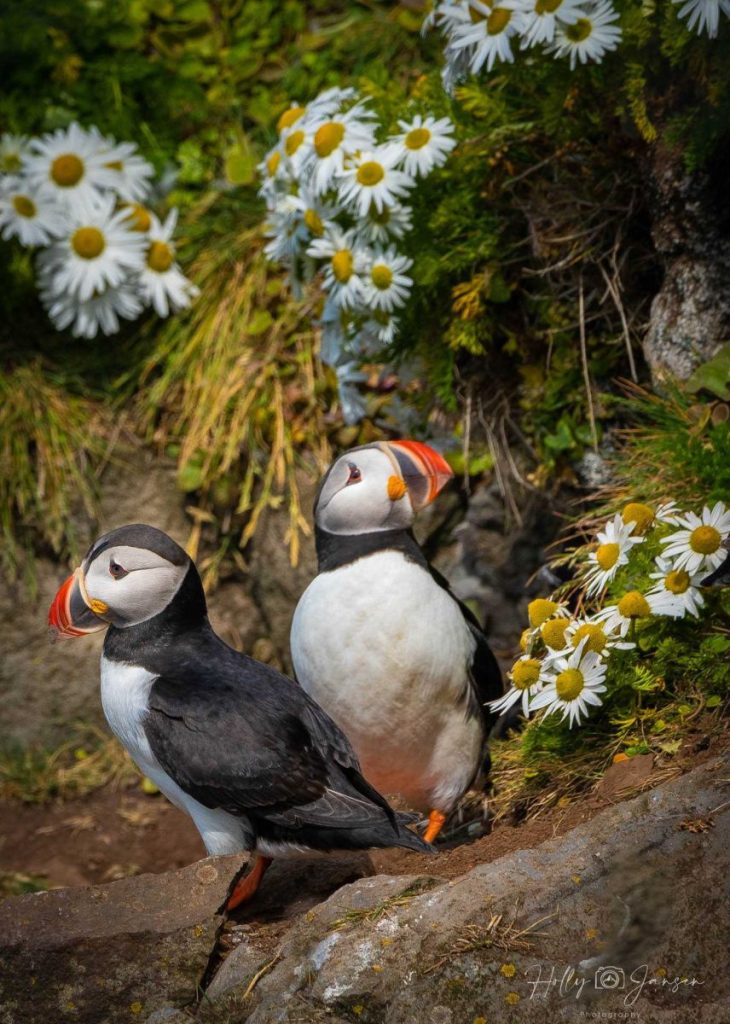 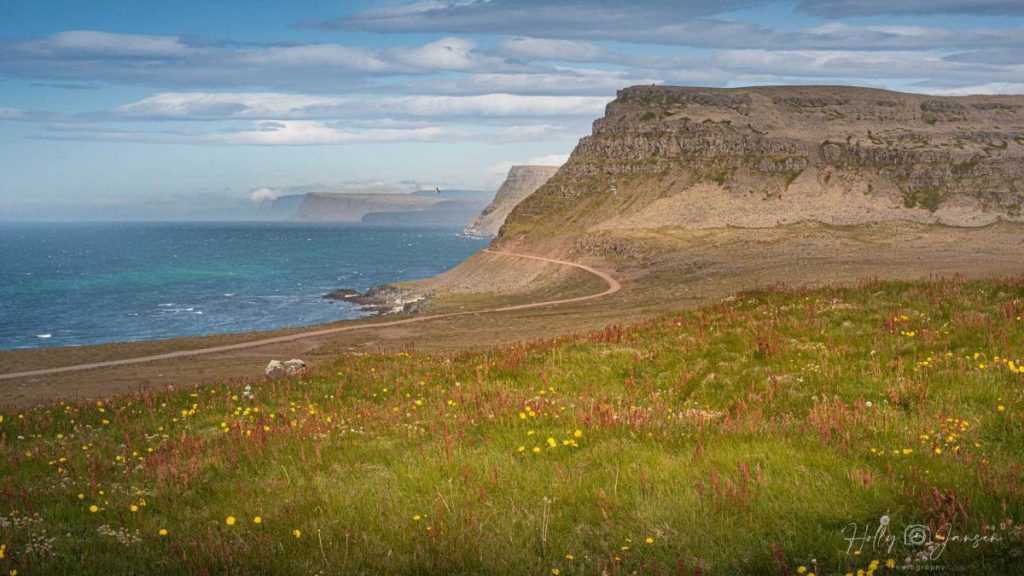 We spent five days casually following the shoreline from Reykjavik, photographing and taking in the sights along the way.

Once we arrived in the Northwest portion of Iceland, we found ourselves driving down the rough winding dirt roads towards the end of the west tip of the West fjords, the westernmost point in Europe. The road follows the fingers of the fjords along the Icelandic coast steep and curvy, with a heart stopping view at every turn. Arriving at our destination, we stayed at a sturdy concrete hotel a few miles from the cliffs. The outside of the building was adorned with paintings of the puffins, and our room had a view of the midnight sun with the dramatic cliffs in the distance.

The Latrabjarg Cliffs are beautiful and imposing. They are 8 miles in length and rise up to 1400 feet from the sea. Standing on the cliffs you can see up the winding coast of the Westfjords which seems to go on forever. We walked up and down the first mile or so of the cliffs several times during the day, hunting for the best opportunities to photograph the puffin. 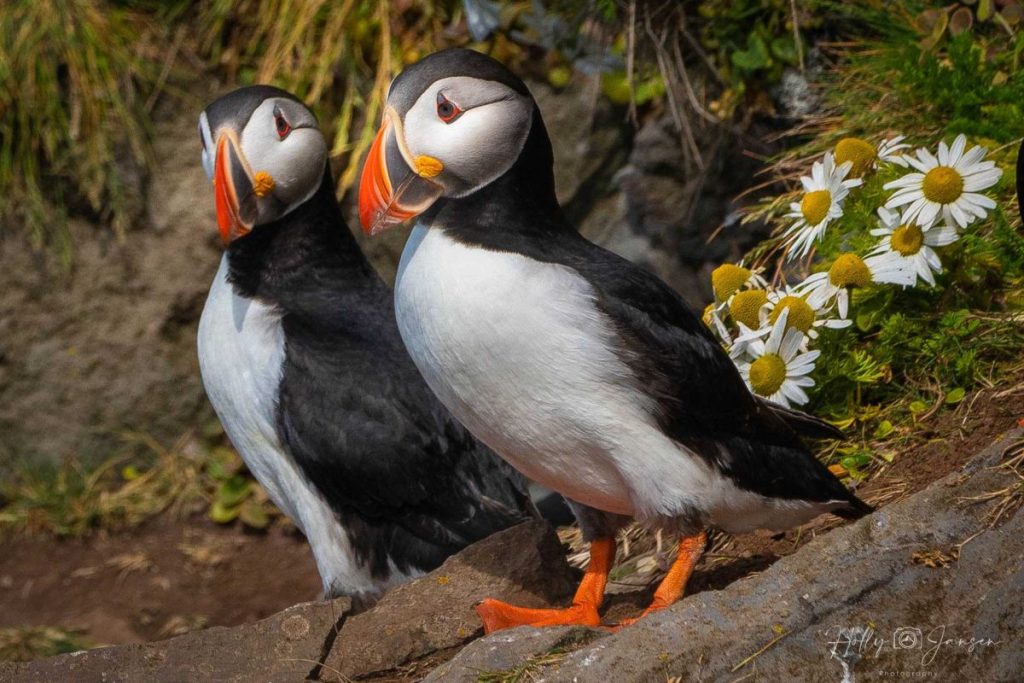 We found a great spot on a bluff that allowed us a straight shot at the puffins because of the angle of the cliffs. We sat there for several hours making once in a lifetime images.

I was never much of a bird photographer until now.

As a photographer, my lifelong pursuit of the image never gets old. There’s always something to learn and new subjects to capture and don’t forget the gear to upgrade (to the delight of the camera companies). This pursuit of the Puffin image was no exception. I spent several months trying out potential lenses and using my dog as a moving target to practice capturing “bird in flight”. He didn’t mind as long as it meant a trip to the beach and a rousing game of Chuckit. 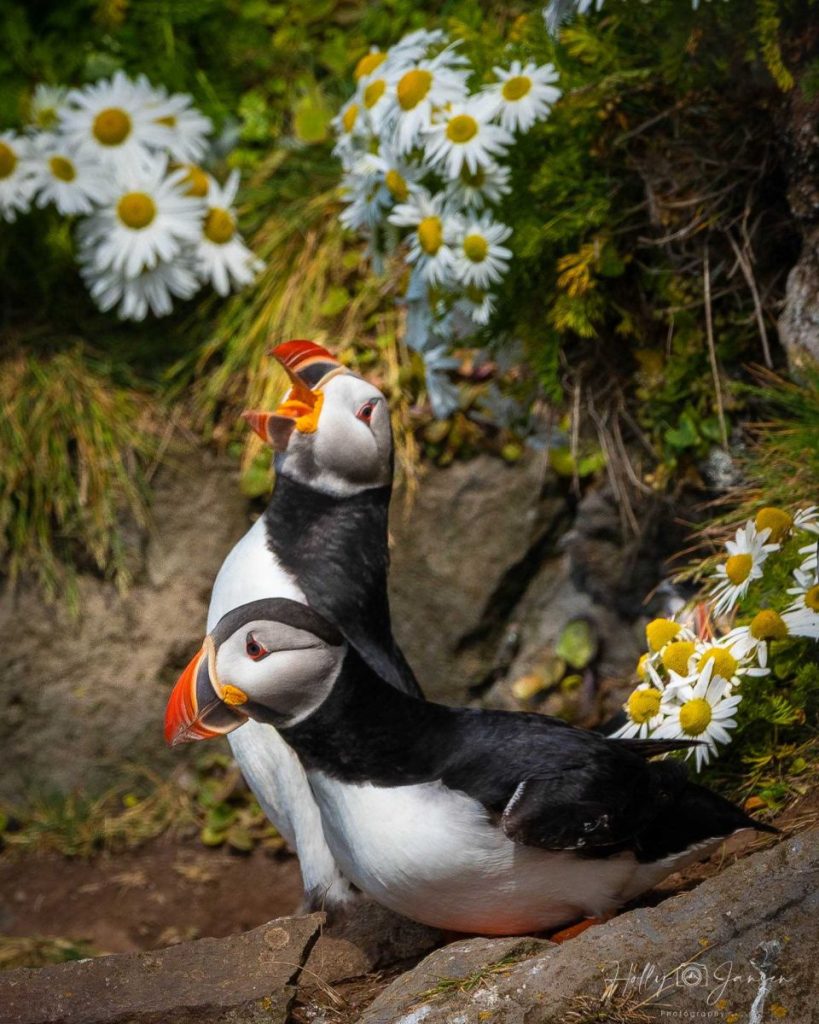 When I photograph wildlife, especially birds, I try to capture an expression or movement to show their personality. These birds are quite comical and are easy to capture in amusing stances.

I hope to return to the Latrabjarg Cliifs again in the near future. Until then, the images and memories from these days chasing puffin will have to suffice. 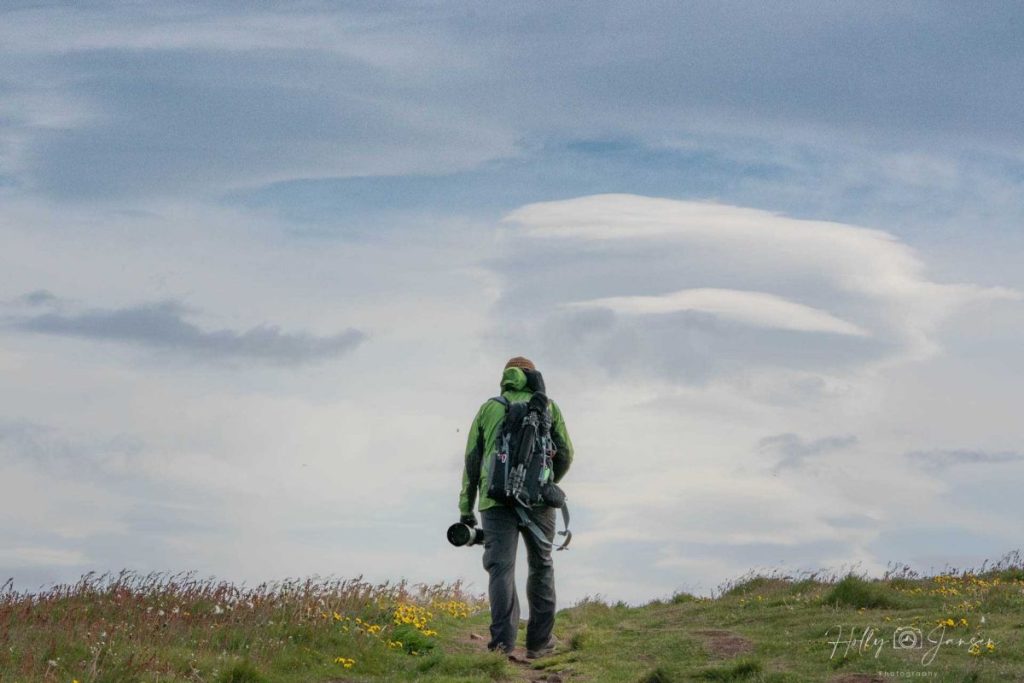 If you want to learn to edit and organize your travel pictures while you are on the road, consider taking my Class: Exploring Adobe Photoshop Lightroom and Lightroom for Mobile.

This class teaches you how to upload your images to a phone or a pad and have them stored in the Adobe Cloud while you are on the road. You can edit your images and have them show up on your Lightroom desktop when you arrive home. No need to haul bulky laptops.

If you prefer to learn edit with Adobe Lightroom Classic, and store your images on your home drive or computer, check out this class, Lightroom Quick Start. 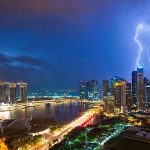 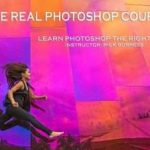 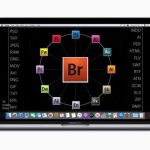 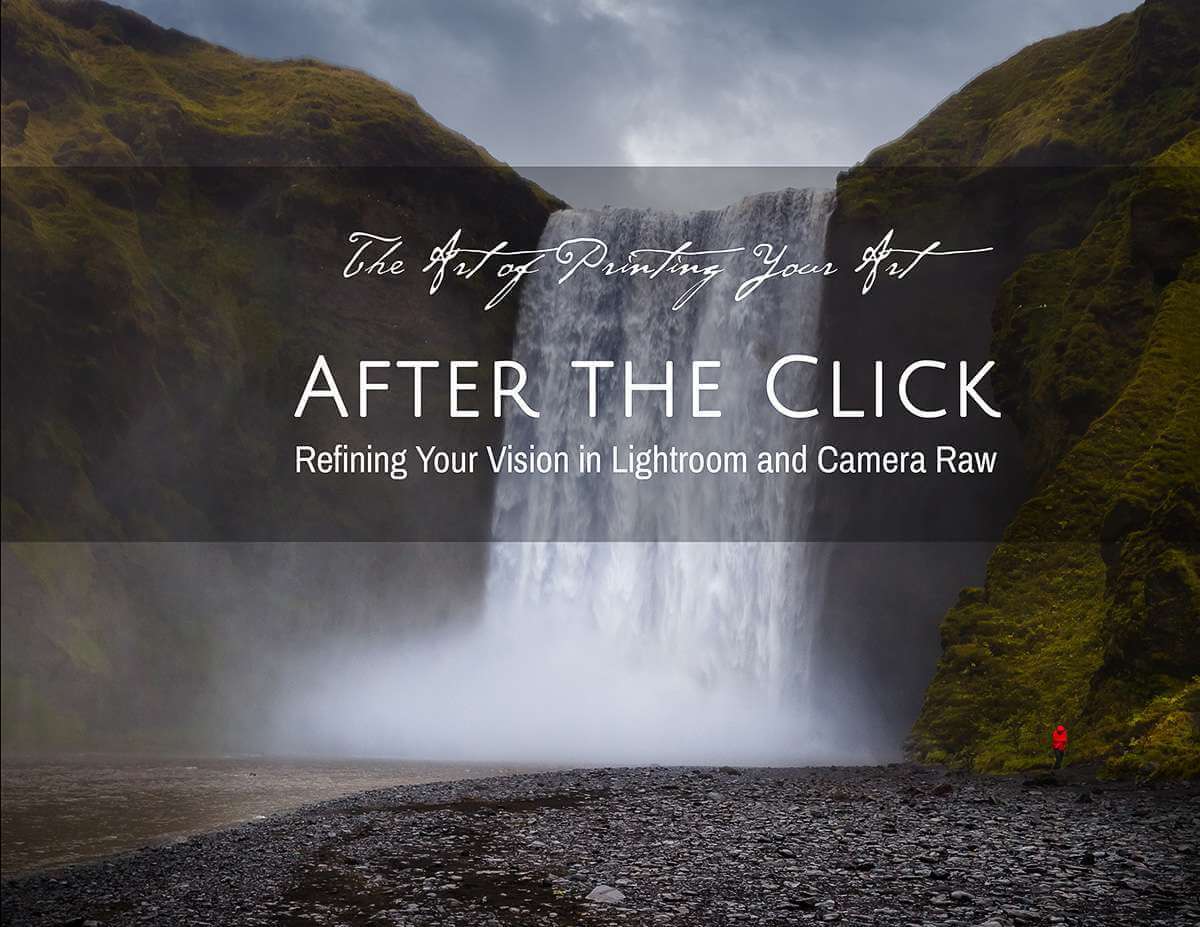 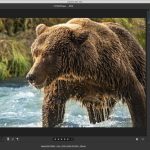 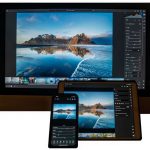 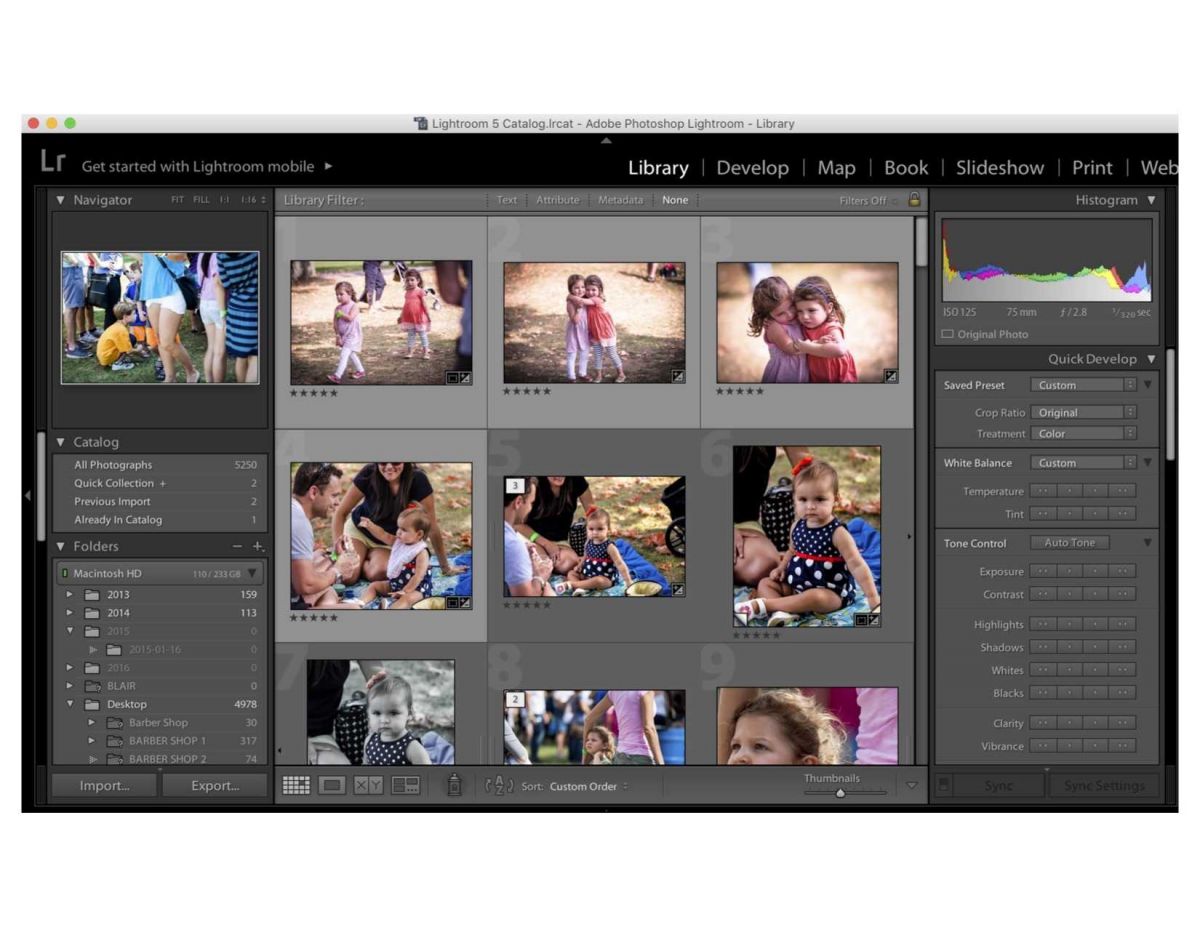 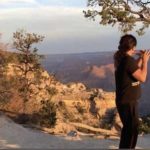 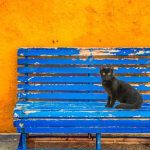